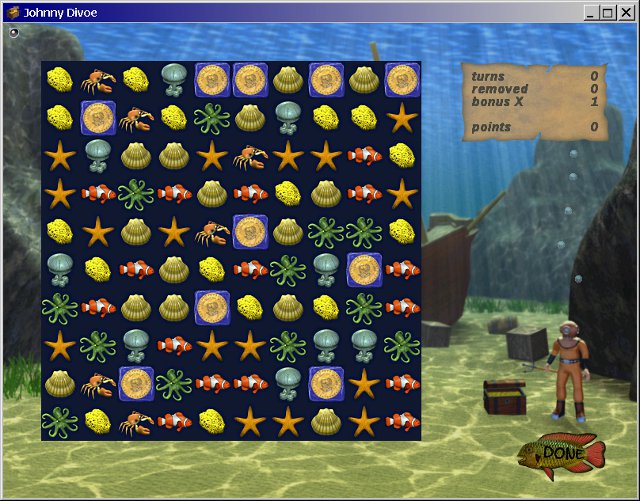 A small bugfix that fixes the problem with displaying score values that are greater than one million. I have never thought that somebody could ever reach the million points. The area to display the points was simply too small for that. I made it a bit bigger now. Congrats for the million by the way 🙂

Johnny Divoe is a simple boardgame. You try to build a row of minimum three blocks by switching two neighbour blocks.

The coin blocks cannot be switched and destroyed that way though. They need to reach the playfield ground to get removed. You have to remove the surrounding blocks for that. Or you send them to the groundline by intelligent switching.

Goal of the game is to collect as much blocks as possible. The game is over when you cannot build more rows by switching two neighbour blocks.