Bforartists 2 is now in development for one and a half year. And we reached the beta status now. So time to spread the word here too.

This release comes with the latest changes from Blender 2.82a, wich is a small point upgrade to fix some showstoppers. The changes in Bforartists are just minimal therefore. A few new icons, a few checkboxes aligned left again, and some other small changes. And we enter officially the Beta status now. The software is feature complete, the initial development goals are mostly fulfilled. Now comes the polishing. And we work towards a stable version now that can be used in production. The development focus shifts now to the documentation for a while.

A big thanks goes as usual to the team. Have fun with the new version – Reiner 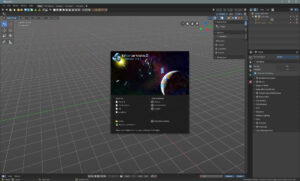