There is a new Blender version available, and so we release a new version too. We have released a new version of Bforartists, Version 3.1.0.
Bforartists is a fork of the popluar open source 3D software Blender. With the goal to improve the graphical UI and usability.

Bforartists 3 Version 3.1.0 is a maintenance release. It comes with all the changes from Blender 3.1.0, and with the usual changes to keep Bforartists consistent and compatible with Blender. The last release 3.0.1 was just a month ago. So the number of changes in this version is expectable low.

Many thanks to the team!

Have fun with the new version. Enjoy Bforartists 🙂
Reiner 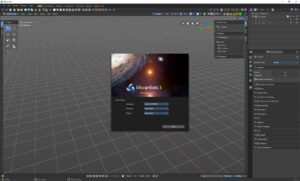