There is a new Blender version available, and so we release a new version too. We have released a new version of Bforartists, Version 3.1.2.
Bforartists is a fork of the popluar open source 3D software Blender. With the goal to improve the graphical UI and usability.

Bforartists 3 Version 3.1.2 is a bug fix and maintenance release. It comes with the bugfixes from Blender 3.1.2, the further development from Blender 3.2.0 Alpha. And with the usual changes to keep Bforartists consistent and compatible with Blender. The list of changes at the Bforartists end is expectable low.

Many thanks to the team! And have fun with the new version. Enjoy Bforartists 🙂
Reiner 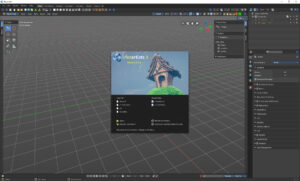