A new binary of Bforartists is available. Version 0.2.1 is another development snapshot, but it is nevertheless fully functional. The download can be found in the download section: www.bforartists.de/content/download

This release brings the new official Bforartists keymap. Connected to the new keymap lots of hotkey only tools became a new menu entry. And lots of double menu entries were removed.

Furthermore, the 3d Cursor is hidable and lockable now. Delete does in most cases exactly that now. Deleting what is selected. We have custom wireframe colours. Thanks goes to fjuhec here. The little 3D Editor Type menu in every menu bar is hidable now, and by default already hidden in every editor view. This one is of special interest for the outliner and the Properties editor, where every pixel more is an issue. The groundgrid can be hidden at once now. This includes the orthographic views, where you couldn’t hide the grid at all until now. Removed a few “do you really want to … ” nagscreens. The video editing layout is removed. The module itself is still available though in the Editor Type menu. But marked as legacy.

Last but not least there were some minor tweaks like changed tooltips ( which is another can of worms that needs deeper investigation) , or that Lock Camera to view is enabled by default. And a few new introduced bugs were fixed.

A full list of the changes can be found in the release note: www.bforartists.de/wiki/bforartistsreleasenotev021

And that was it for now. We made another important step at the roadmap. The short time goals are more or less fulfilled with this release. Now comes the longer term development goals. As the name says, they migth last a bit longer, since those tasks cannot be done within a few hours.

I hope you enjoy the changes 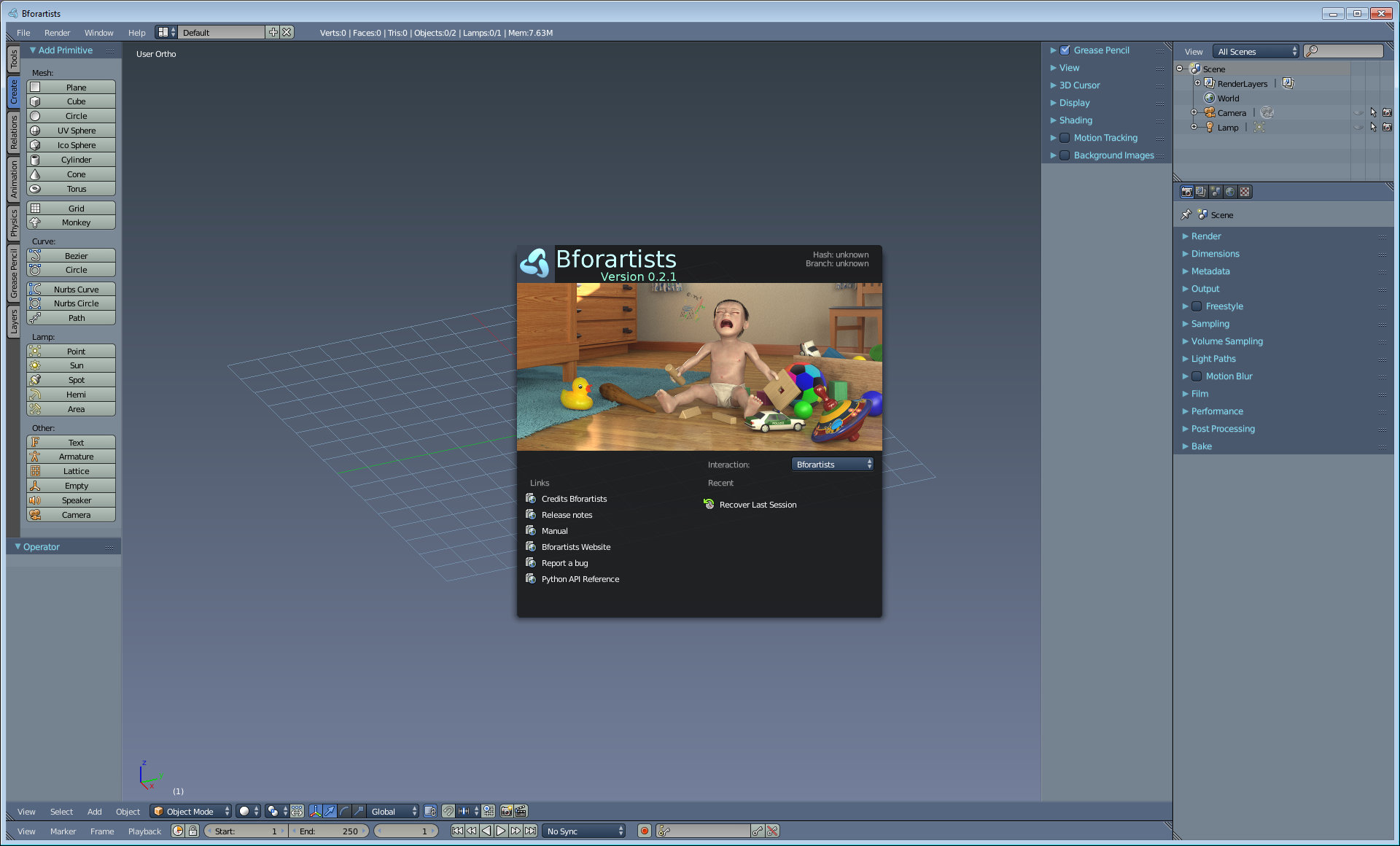